Rome looks like it was built a thousand years ago. But for some reason they are STILL building it. Outside my window at 07:00 in the morning.

Today was errand and explore day, I headed out early. Mostly just walked around for several hours, getting to know the area, looking at weird things, nice things, stroll along the  gooey green Tiber, taking care of groceries and USB hubs and errands, start sketching some ideas and theories in my notebook. After a while walking around, I noted… there is not as much street art here?

I spent time in Marseille, Barcelona and Lisboa last year, and all of those cities had a lot of street art, and each city it’s own “tone” of art. It’s the same with northern European cities too. But Rome… huh? Where was it?

Then, when actively looking for it, I realize it has BEEN here, but it’s mostly gone. It looks like there is an effort, either recently, or just continuously, to paint over street art, grafitti, tagging, posters, flyers, stickers. Fascinating, because once you realize, it’s actually everywhere, slightly hidden. Sometimes you can catch glimpses of what was once there, other times the only clue is a slightly different hue of the wall.

I quickly lost myself walking around shooting gone street-art. 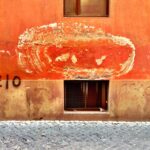 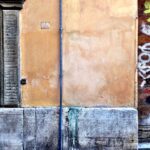 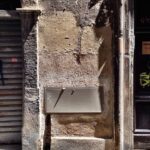 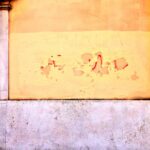 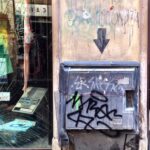 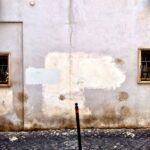 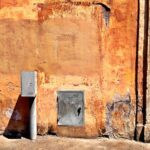 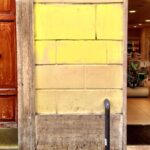 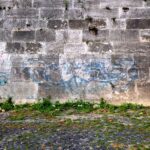 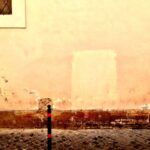 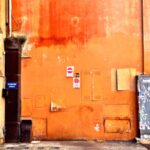 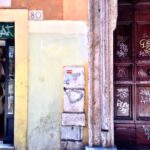 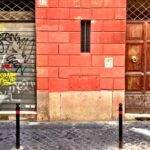 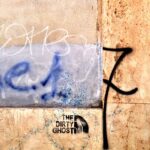 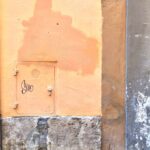 I found it very beautiful, faint ghosts of urban signals.

I’m not sure exactly what I’ll create here, but this observation and this material is a good start. Even before going, I wanted to do something connected to being gone, lost, undone, a lost ghost of some kind. Even Rome itself has been gone from time to time. It’s a strange feature for the “eternal” city.

Kept recording sounds, including the horrible wake-up-construction this morning. Nothing of notable interest so far, but starting to get a sense (and a library) of the sounds here.